Galata Tower in Istanbul is a medieval stone tower built by Genoese in 1348 and used for centuries by Ottomans.  In 1348 this was the tallest building in Constantinople.

The Tower was used to control the entrance to the Golden Horn, then a place for imprisoning citizens and spotting fires, then as an observatory and even music lounge of Sultan’s military band.

The Tower became open to public in 1960s. 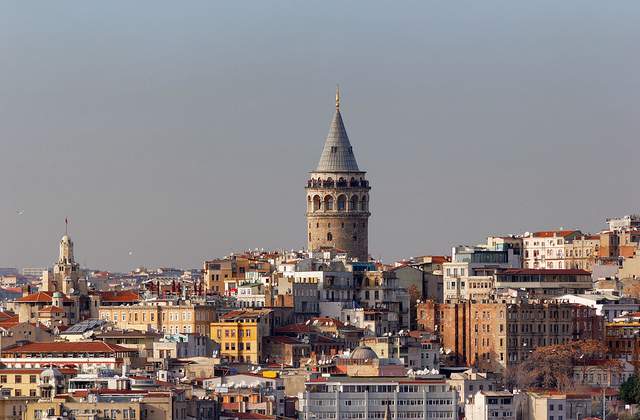 View of the top part of the Galata Tower and Beyoglu neighborhood.

Or walk from Eminonu over the Galata Bridge then through small streets up the hill.  The Tower will be on your left.

If you first payed a visit to Istiklal Avenue, keep walking down the street, the Tower will be on your right.

In 1348  the Genoese built a tower and called it the Tower of Christ because of the height.  This tower was a replacement of another tower built in Byzantine times called the Great Tower.   The Great Tower was destroyed in 1203 during the battle between Byzantine prince Alexios Angelos and crusaders.

In 1509 the Tower suffered from a big 1509 Constantinople Earthquake. 10,000 people died and because of such devastating effect the event was named “The Lesser Judgement Day”.  The Ottomans ruled during this period and they never reconstructed the Tower properly after the damage.

In 1520 the Tower was used as a prison.   Later in the 1590 astrologer, Takiyeddin Efendi built an observatory on top of the Tower.  It functioned for a short time and then converted into a prison again in 1546.  In 1600s Ottoman military band (Mehter in Ottoman Turkish) played in the Tower.

In 1717 the Galata Tower was used for spotting fires in the city.  And the huge construction was privatized and reorganized into a museum in 1960s when Turkey was a Republic.

The Tower is of Romanesque style which is characteristic to medieval Europe.  The building has semi-circular arches and is 66.9 meters (219½ feet) high.  It is a nine-story construction with cone-capped cylinder on top.

You can see the Tower almost from any location in Istanbul.  It is that tall.

In 1875 the conical part of the Tower’s roof got destroyed by severe winds. Ottomans who ruled at that time never replaced it.  Only in 1967 the roof was reconstructed during the time of Turkish Republic.  In the same year, the interior was built with concrete replacing the wooden material.

A story of an aviator at the Galata Tower

An Ottoman aviator of 17th century Hezarfen Ahmet Celebi allegedly performed an unpowered flight from the Galata Tower.  He supposedly made it all the way to the Asian side’s Uskudar district, to Dogancilar square.

An Ottoman Turkish traveller Mehmed Zilli (known as Evliya Çelebi) who travelled around Ottoman Empire for 40 years described in his travel book how Hezarfen Ahmet attached artificial wings and flew from the Tower.

The Sultan of those times exiled the brave aviator to Algeria saying  “It is not right to keep such people”.

The professionals in the aviation area assure that it is not possible to perform such a flight.  The historians claim that Hezarfen Ahmet Celebi fell down and died right after the attempted the flight.

What to do on the Galata Tower 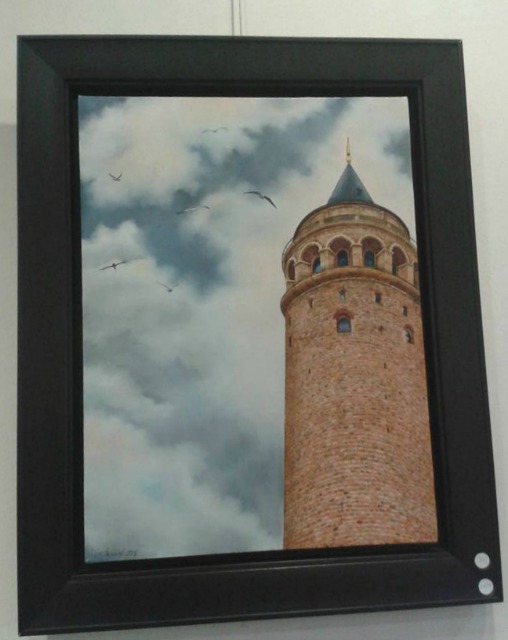