istanbul metro
how to get around istanbul effectively

Istanbul metro (map) is one of the best ways to move around the city. Istanbul is the most overpopulated city in Turkey.  Residents of 14 million mostly use cars for commute which makes traffic an everyday challenge.  Metro keeps the city on the move.

Consider saving time and money when moving around the city by taking one of the public transports.  Metro usually serves all touristic needs yet read below about transport options in Istanbul. 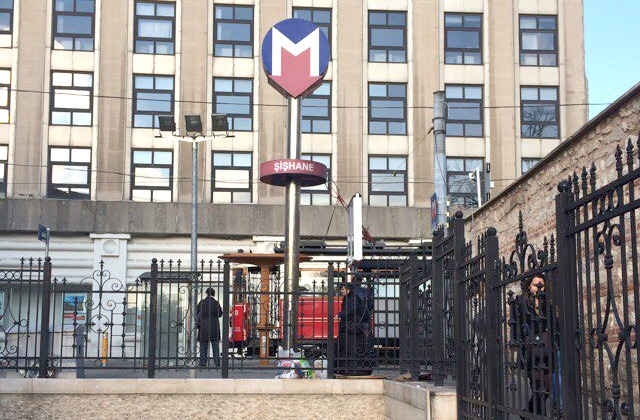 Outside tram stop. Photo by Connie

Types of public transportation in istanbul
useful for tourists

Metro.  Istanbul metro is an underground railway system with airconditioned comfortable cars.  The most useful metro line for tourists is M1a red line (see Istanbul metro map).  It brings you from the Ataturk Airport to Zeytinburnu where you switch to T1 tram to get to your hotel in historical area.  M1a (red line) also runs from the main bus terminal (Otogar).  Take the M1a to Aksaray and then switch to T1 tram line to get to your hotel (if applicable).

Look for M2 on Istanbul metro map - the green line, and M6 - a recently added short metro line with 3 stops.  This metro line carries passengers from historical Fatih area to nature-loving Sariyer in the European side of the city. These lines are useful for shopping malls and business quarters of Istanbul.

Tram.  Tram in Istanbul is a train-like vehicle running on rails above the ground.  Look for overhead cables on top of the wagons, this is how tram gets electricity.  You might have arrived by tram from the airport to your hotel.  T1 is Istanbul tram line’s number.  It runs from Bagcilar to Kabatas with a transfer point in Zeytinburnu.  T1 tram line brings you to historical Grand Bazaar, old city area Sultanahmet, Eminonu district with the Spice Bazaar and ferries.  Get off at the last stop Kabatas to continue by funicular to Taksim or walk to Dolmabahce Palace.  Many useful stops on T1 Tram line!

Metrobus.  Metrobus is a rapid bus system in Istanbul which runs on dedicated lanes on the road.  It runs from Beylikduzu Sondurak stop on the European side, over the Bosphorus bridge to the Asian side’s Sogutlucesme stop.  Metrobus line is marked with beige color with no number on Istanbul metro map.  Probably the only use Metrobus has to tourists is to take it if you want to go over the Bosphorus bridge.  The bridge connects European and Asian side of the city.

(!) Experience the unforgettable Istanbul view for 4 Turkish Liras by taking metrobus in the direction of Sogutlucesme.  It will take you over the Bosporus bridge from European Istanbul to Asian.

Take public transportation in Istanbul as an alternative to cars. The system is very well developed and keeps improving every day.  Besides above mentioned transport choices there are, of course, buses and what is called “dolmush” - a shared sort of taxi that runs on certain routes.

Buses and dolmushes get stuck in traffic just like cars.  The most comfortable way to travel (if it is on your way) is the Istanbul metro.

Select from private passenger boats, regular passenger ferries and fast ferries to go from one side of Istanbul to the other over Bosphorus.  Get your boat at Eminonu, Sirkeci, Kabatas or Besiktas of the European side of Istanbul.  Anatolian side’s ferry terminals are at Bostanci, Kadikoy, Kartal, Maltepe and Tuzla. Go by water to Princes’ Islands, the Bosphorus tour or just across the strait for fun.

(!) Go across the Bosphorus by passenger ferry for only 2.15 Turkish Liras.  You will be on the notorious Bosphorus strait and go from European side of Istanbul to Anatolian side.

How to pay for Istanbul metro and other public transportation 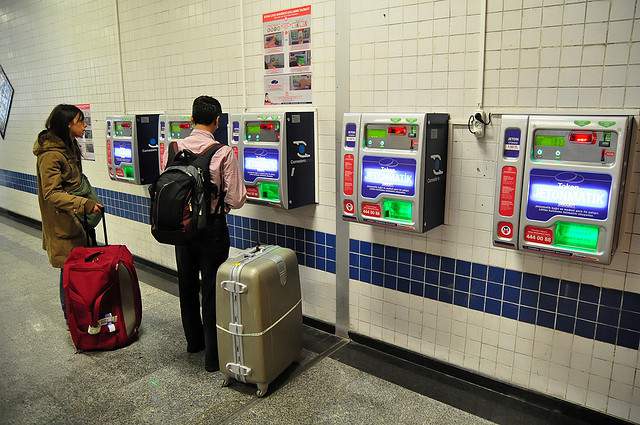 Get tokens or Istanbul Card to pay for the public transportation in Istanbul. If you don’t have either of those, ask anyone entering the transport together with you if they have extra money on their Istanbul Card, offer them cash and have fellow passenger pay for your ride.  This is not a guaranteed way of payment.  Rather “an emergency way out” if you must take a metro and only have cash on you.

Buy your tokens at Jetonmatik at Istanbul metro entrances.

Istanbul Card ("Istanbul Kart" in Turkish) is a pre-paid card for paying your public transport fares in Istanbul.  Move around Istanbul at reduced fares. Get reduced rate for up to 5 transfers.

Refill your card at ticketmatics or any shops with "Akbil dolum noktasi". Akbil is an older and outdated version of Istanbul Card.  Akbils are no longer used and most of the shops haven't changed the signs.

Depending on the purpose of your trip, length of stay, and the attractions you want to see choose what works best for you.  Tokens or Istanbul Card.

Save and enjoy the city of 7 hills!