Hagia Sophia is Istanbul’s most outstanding monument.  It was a church in Byzantine times, a Roman Catholic cathedral under Latin Empire, a mosque in Ottoman times, a museum when Turkey became a republic and a mosque again starting July 2020.  Definition of Hagia Sophia translates as "Divine Wisdom".

Hagia Sophia has seen three reconstructions made in three different architectural styles.  Hundreds of architects and their apprentices worked on this masterpiece over its lifetime of over 1500 years.

Hagia Sophia in Istanbul plays an important role in the world of art and architecture. 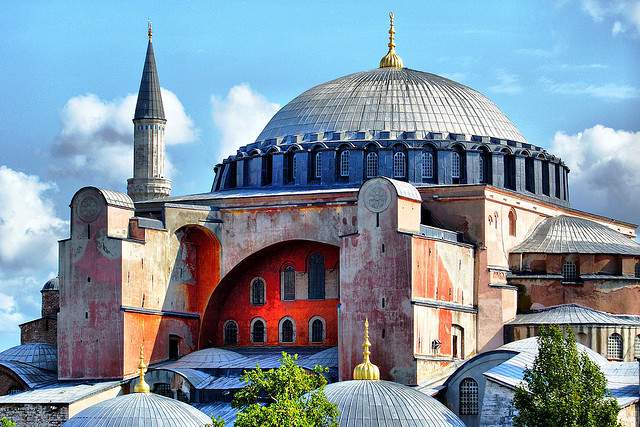 Church of Hagia Sophia
"Solomon I have outdone thee"

First version of the church of Hagia Sophia was built in the year 360.  It was nicknamed “the Great Church” because of the grandiose size in comparison to other local churches in the area.  This first church at that time was also recognized as one of the most impressive in the world.  This was a wooden structure built in traditional Latin style.   The Great Church was a basilica with columns and galleries characteristic to those times.  The construction easily burnt down during public riots 44 years later.  No remains of the first church survived to our days.

Second time the church was constructed in 415 and also had a wooden roof. This second church also suffered greatly during riots, the Nika riots, in 532.

Third construction of the church became the Hagia Sophia, major part of which you can see now.  It was built in 537 in exactly the same location as previous two churches.  Byzantine Emperor Justinian I ordered the construction.  It took 5 years to build the church and make it open to worshipers.

Greek mathematician and architect Anthemius of Tralles made a daring design for the new church and rebuilt what is now the Hagia Sophia. However he died one year into the construction.  Isidore of Miletus was another scientist and mathematician who was commissioned by Justinian I to co-design the church.  He continued with the project till the end.

When Hagia Sophia in Istanbul was completed and Emperor Justinian I saw the temple for the first time, he exclaimed “Solomon I have outdone thee.”  Justinian referred to Solomon’s Temple (known as the First Temple in Jerusalem) described in the Bible.

Hagia Sophia became the main church of Eastern Christianity.  Emperors were crowned here.  It served the followers of Christianity for 9 centuries.

Construction of Hagia Sophia began In 532.  The design combined ideas of previously built churches, the two basilicas.  Central dome became the main difference of the new construction.  The dome was so big and grandiose its weight has been a problem through the entire existence of Hagia Sophia. Several earthquakes damaged the structure severely.  Because of many repairments the dome underwent, it lost its original shape.  The dome’s diameter now varies from about 30 to 31 meters (about 101-102 ft) depending on places of measurement.

A total of 104 columns support domes and make up the design of Hagia Sophia.  The columns came from ancient Greek and Egypt.

Interior of Hagia Sophia was filled with exclusive mosaics and marble. Images of figures, plants and geometrical shapes were depicted on the walls. Dome had a painting of Jesus Christ and Virgin Mary.  Part of the paintings remained to our days at the upper gallery.

Hagia Sophia as a church served for 916 years.

Hagia Sophia in Istanbul - the mosque 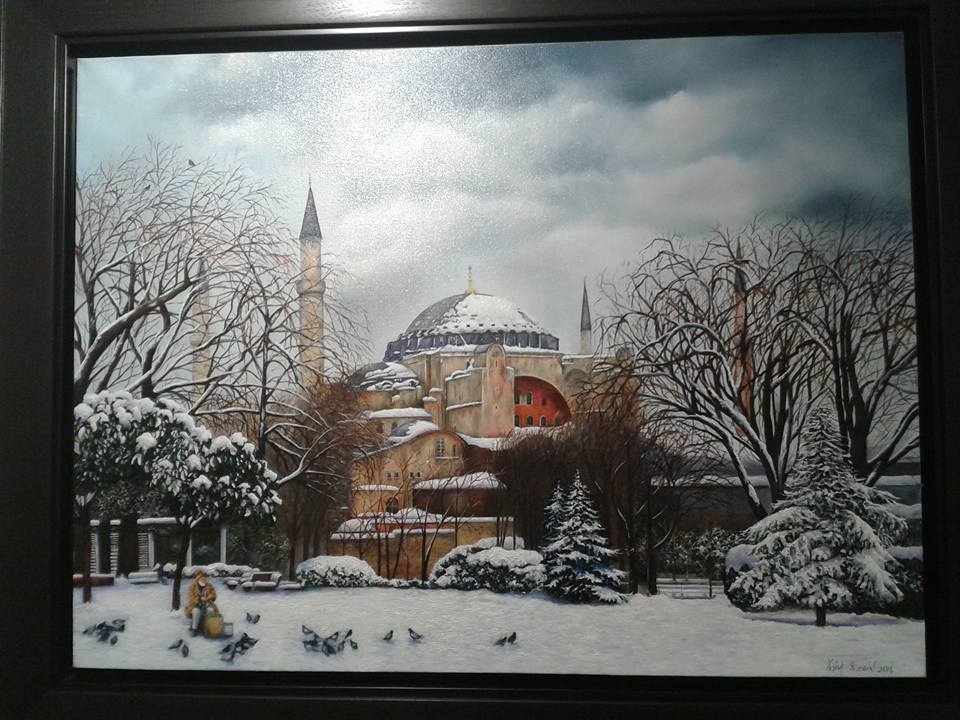 In 1453 a 21-year old Ottoman Sultan Mehmed II, known as Mehmed the Conqueror, took Constantinople.  He entered the city from what later became the Topkapi Palace and ordered Hagia Sophia in Istanbul to be converted into a mosque.

One of the Sultan’s religious scholars climbed the highest point of Hagia Sophia and uttered Muslim statement of faith (Shahada in Turkish).  “There is no god but God. Muhammad is the messenger of God”.

Hagia Sophia in Istanbul today has four minarets.  Not all four minarets were introduced to the building at the same time.  Two of the towers were commissioned by Ottoman Sultan Bayezid II (1447-1512), the other two by Sultan Selim II (1524-1574).

Hagia Sophia served as a mosque for 482 years.

In 1935 when Turkey became a Republic, its first president Mustafa Kemal Ataturk converted the Hagia Sophia mosque in Istanbul into a museum. 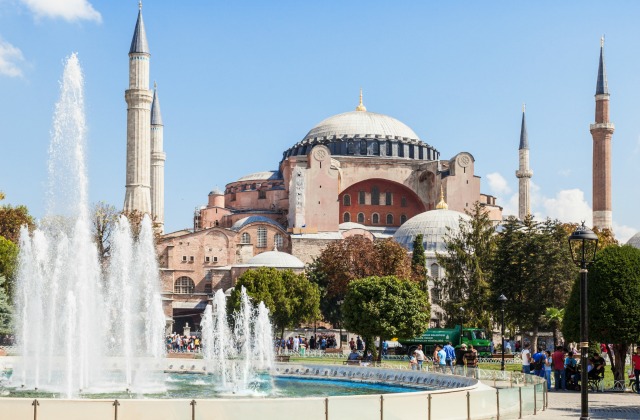