Istanbul Otogar is the main bus terminal in Istanbul which takes passengers both inside and outside of Turkey.  Hop on a bus at one of 324 platforms to go to any city in Turkey as well as major cities in Albania, Austria, Azerbaijan, Bulgaria, Georgia, Germany, Greece, Romania and other countries. 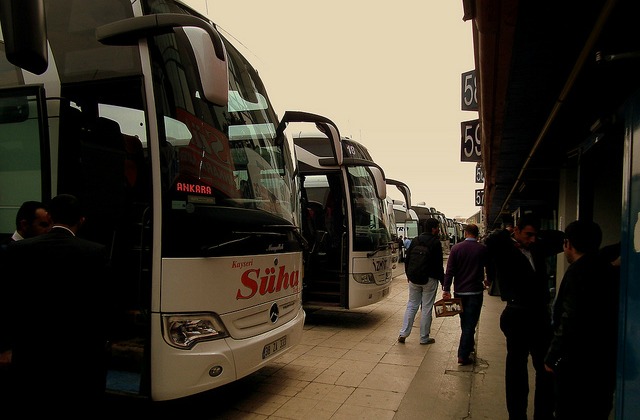 Busses at main bus station in Istanbul. Photo by calflier001

Largest in Turkey and Europe