Golden Horn in Istanbul is a natural waterway which flows into Istanbul's Bosphorus Strait and makes the historical Old Town (Fatih district with Sultanahmet neighborhood) a peninsula.  The shores of 7.5 kilometers (4.66 miless) have many things to do and see.  Rich history makes this area a popular attraction for tourists and artists. 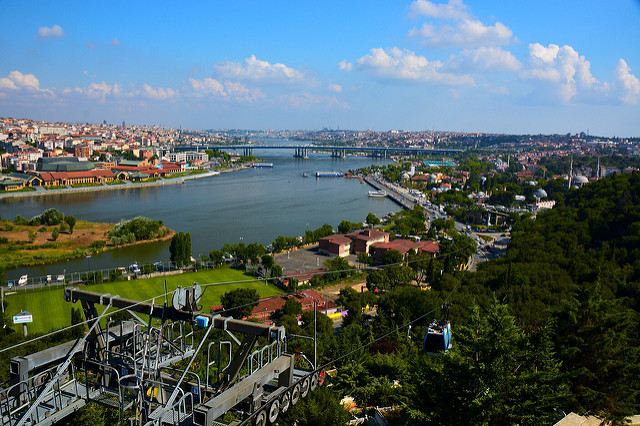 Why Golden? Why Horn?

Historians assume that definition of Golden Horn comes from how the waterway looks - a narrow inlet is split into two smaller streams.  When looked from high above it does remind of a horn.  The word golden is probably referred to the goldish color the water seemingly acquires at the sunset. Another guess of the root of "golden" is the wealthy trade area of Istanbul that this place once was.

Greek geographer and historian Strabo who lived on the territory of modern Turkey called the bay "Golden Byzantium".  Later Greeks referred to it as the Golden Horn.  Today, however, the Greeks have a name which is equivalent to "gulf in the form of a horn".  Germans say Goldenes Horn.  Italians - Corno d'Oro.  French - Corne d'Or. Spanish - Cuerno de Oro.

Turks use simple "Halic" which from Arabaic translates as "gulf" to refer to the popular area in Istanbul.

Golden Horn provided sanctuary for ships for many centuries.  The natural harbor is 35 meters (115 ft) deep.  Roman, Byzantine and Ottoman governments used the waterway as a safe harbor.  To make it even more safe a gigantic metal chain stretching from the entrance in the north to the Tower of Galata (now distroyed, new Galata Tower replaced it) was used to protect the harbor.  No foreign ships could enter and impose danger.

Today the banks of the bay host the Istanbul Chamber of Commerce, museums, cemeteries for Muslims, Greeks and Jews, Halic University. 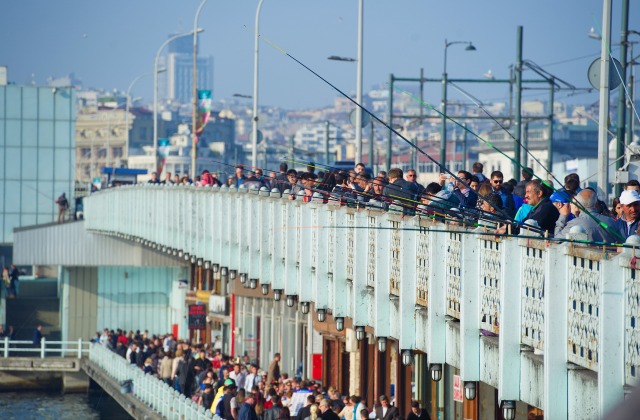 Today four functioning bridges connect the Fatih peninsula with the rest of European Istanbul.  There used to be five bridges in the past, one of which is no longer in use.

Stay in a hotel with the view of the Golden Horn in Istanbul. There are many to choose from, yet the ones below are top choice of most travelers. The area is close to major tourist attractions, calm and off the street noise and has friendly prices.  You will be in the heart of Istanbul's history and have access to everything you need for a comfortable stay on your Istanbul trip. 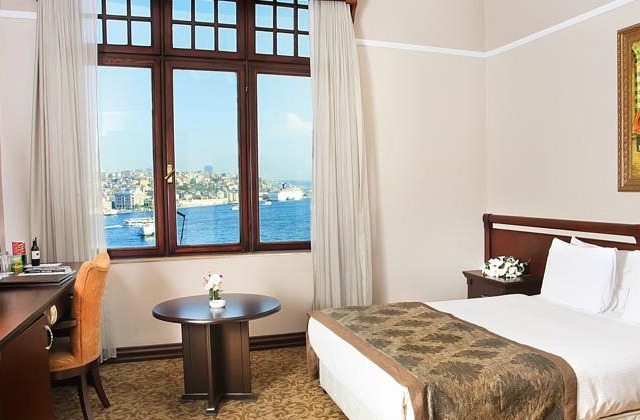